Steelbird Custom Wine Production is a subsidiary of Don Sebastiani & Sons, a family-owned company with roots in Sonoma for over 100 years. We embrace a set of core values that draw upon our family’s history of innovation and expressive winemaking. Founded in 2001, we combine tradition and innovation to produce the highest quality wines, which have put us among the nation’s leading producers.

Building brands for over four generations.

Rooted in quality, tradition, and legacy.

Donny Sebastiani is a fourth-generation family member of the Italian-emigrant Sebastiani family, whose surname is synonymous with the City of Sonoma and deeply rooted in the wine business for more than 100 years. He runs Don Sebastiani & Sons on behalf of his growing family.

Donny Sebastiani is a fourth-generation family member of the Italian-emigrant Sebastiani family, whose surname is synonymous with the City of Sonoma and deeply rooted in the wine business for more than 100 years. He runs Don Sebastiani & Sons on behalf of his growing family.

Rooted in tradition, driven by innovation, and headquartered in the Napa Valley, Don Sebastiani & Sons makes and markets a robust portfolio of adult beverages, including the leading premium ready-to-drink margarita in the United States, Flybird, imported from Jalisco, Mexico and made with 100% blue weber agave wine. Additionally, the company makes wine in Napa, Sonoma, and other premier coastal California appellations for its portfolio that includes Leese Fitch, Simple Life, Smoking Loon, B Side and many other popular wines. The company also is a leading purveyor of custom services to the wine industry, from private label wines to bottling services. You can learn more about the company and the family at www.donsebastianiandsons.com.

Whether it’s a good meal or a celebration of achievement, the company is devoted to creating meaningful products that enhance life’s special moments and celebrations with family and friends. The company was recently named one of the Best Places to Work by the North Bay Business Journal for the ninth consecutive year. Don & Sons embraces a set of core values that draw upon the family’s history of innovation and expressive winemaking, such as five-star customer service, can-do attitude, and honesty.

Born and raised in Sonoma, California, Donny grew up working at the family-owned Sebastiani Vineyards which was later purchased by the Foley Wine Group in 2008.  He attended Justin Siena High School in Napa and received a degree in Business Economics from Santa Clara University’s Leavey School of Business in 1999.  He worked for Cecchetti-Sebastiani Cellar prior to launching Don Sebastiani & Sons in 2001, with his father and brother. Since then, Donny has been leaving his mark on the wine world garnering recognition from Ad Age Magazine’s Top 50 Marketers in 2006, 40 under 40 in 2007, and was recognized by Wine Enthusiast in their list of 40 Tastemakers Under 40.

Donny is passionate about the drink business and also enjoys spending time with family and friends, often relaxing watching a baseball game with his wife Katie and three teenage children.

Originally from Southern California, John Nicolette is a proven leader with a strategic focus on company growth and the continued improvement of operations, customer satisfaction, and cost reduction. As Vice President of Operations, he oversees all spirits, RTD, and wine production. In 2012, John was one of 15 people who received the North Bay Business Journal’s Facility Managers Award, recognizing the essential work he does to ensure Don Sebastiani & Sons runs smoothly and is successful. John genuinely cares about everyone who steps foot into our winery, and we can ensure that if you choose to work with us, you’ll be in good hands.

Alec started his career as a chemist before making his switch to winemaking. As a member of the Sebastiani family, Alec grew up immersed in the food and wine industry of Sonoma, which makes sense that he would describe himself as a “total foodie.” His travels reiterated that every culture is immensely proud of their local fare and that they only have one goal in mind – to enhance the enjoyment of meals with the inclusion of wine. It’s no surprise that his goal is to make wines that deliver quality that people can enjoy and afford to have on a regular basis. When you meet him, make sure to ask for his Salmon recipe to pair with your favorite Chardonnay.

Hearing stories about how his great grandfather, Samuele Sebastiani, fearlessly left Italy to try his hand in the New World, Alec has learned to adapt and change as the times require and is a key part of the innovation that we are pioneering at Don Sebastiani & Sons. As Winemaker, Alec brings 28 years of experience to us, having worked at Kendall-Jackson, Kenwood Winery, Taub Family, and Yao Family Wines. His humor sets him apart in the world of winemaking, along with his desire to make every day at the winery, and wine in general, fun. Alec finds his winemaking inspiration in the everyday – from playing the bagpipes, mountain lakes and backcountry woods to finding new foods and scenery locally and abroad.

Ready to take your wine production to the next level? Contact us today to request a quote.

Our state-of-the-art cross-flow filters clarify your wine with minimal losses from discarded filtration media, resulting in 90% reduced wine loss. Our membranes can also be cleaned and reused. All of this reduces the winery’s solid waste by 75%. 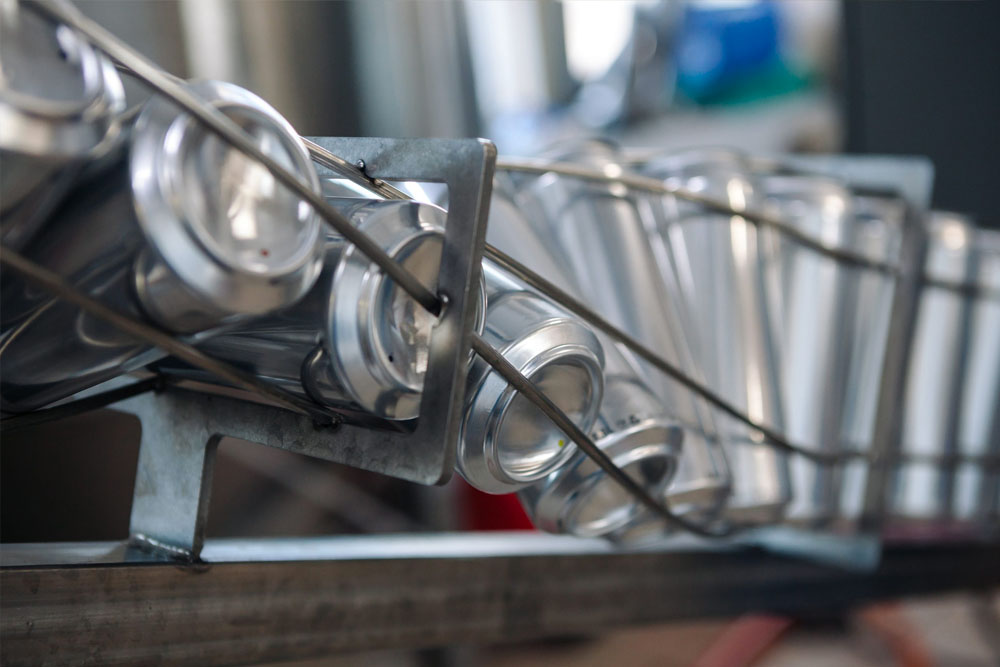 If bottles or boxes aren’t your preference, our canning line is coming soon! 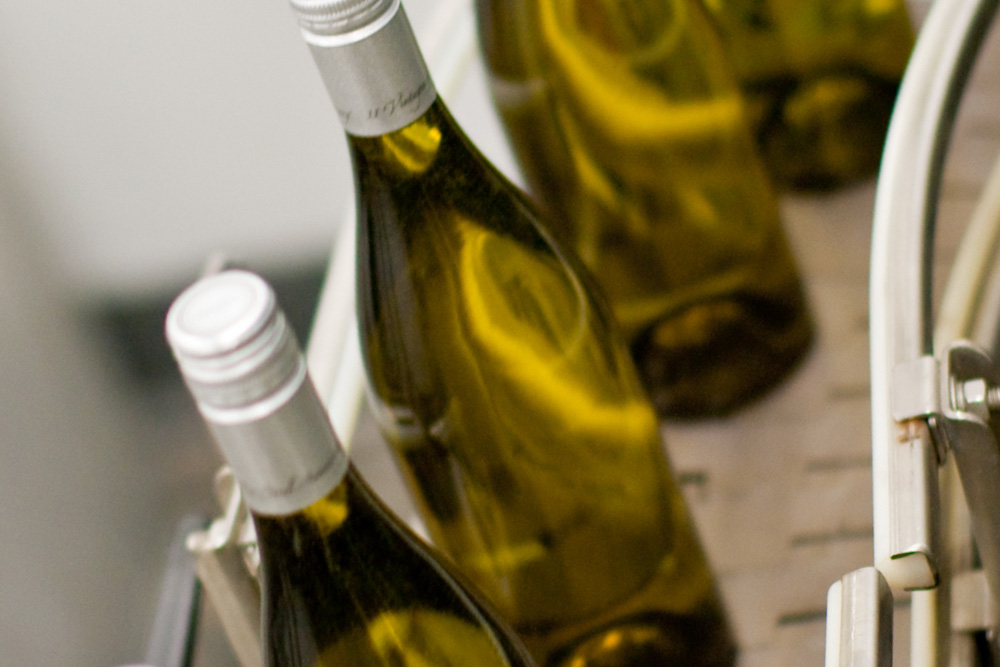 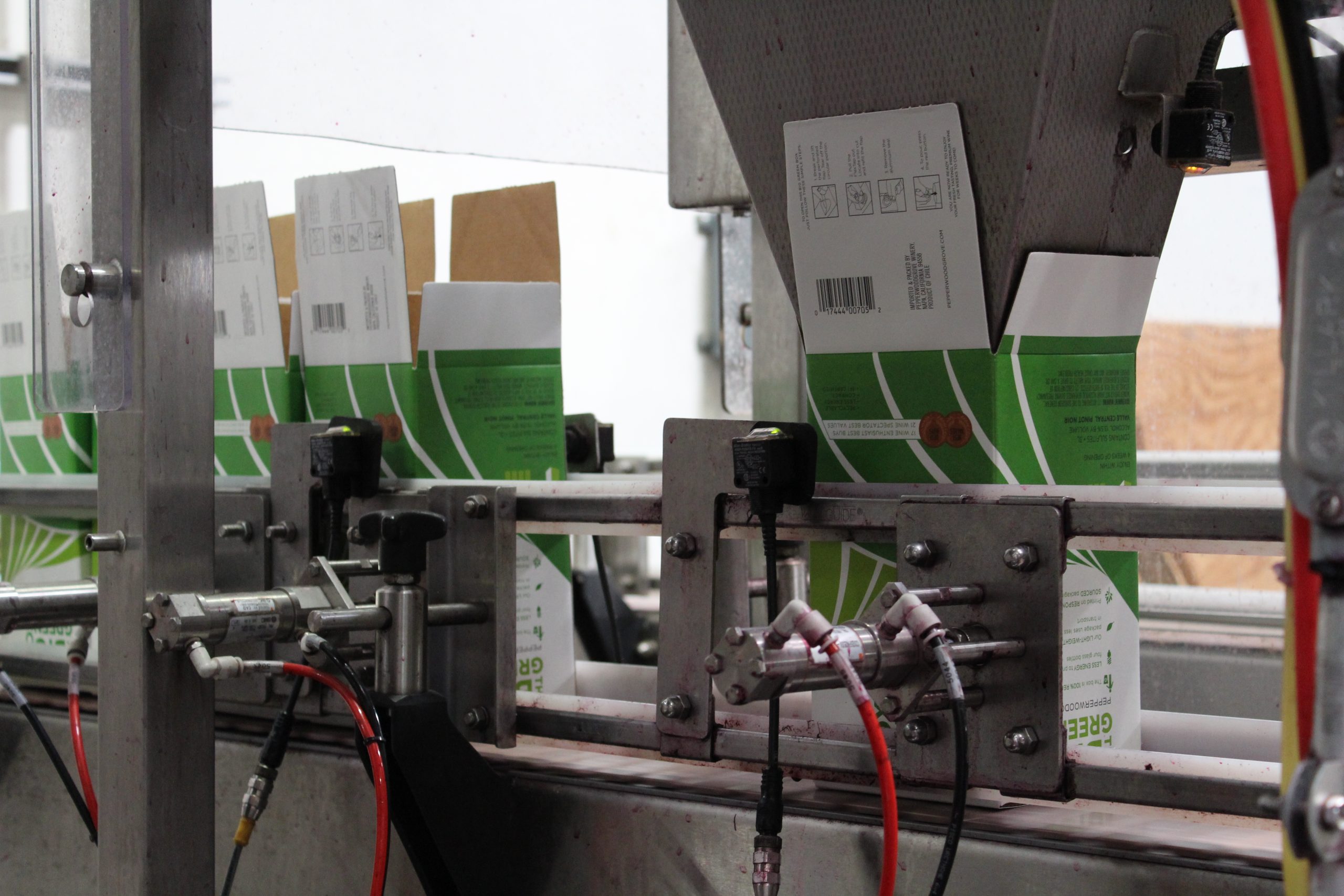 We offer 3 liter BIB production with the following configurations:

We use 50% less water overall by being conscious of our water use. We worked with Napa Sanitation to develop two specific solutions that are less harmful and balance the pH level of wastewater that reduces the processing by the city’s waste management.

We use motion sensor lights throughout the winery to reduce usage and energy with shorter warm-up cycles.

Strategically placed fans automatically turn on in the middle of the night to maintain cooler cellar temperatures, all while using less energy than air conditioning.

For printing, we primarily use VOC (volatile organic compounds) – free inks on sales materials. We are increasing our use of FSC (forest stewardship council) certified papers, and all 100% recycled.